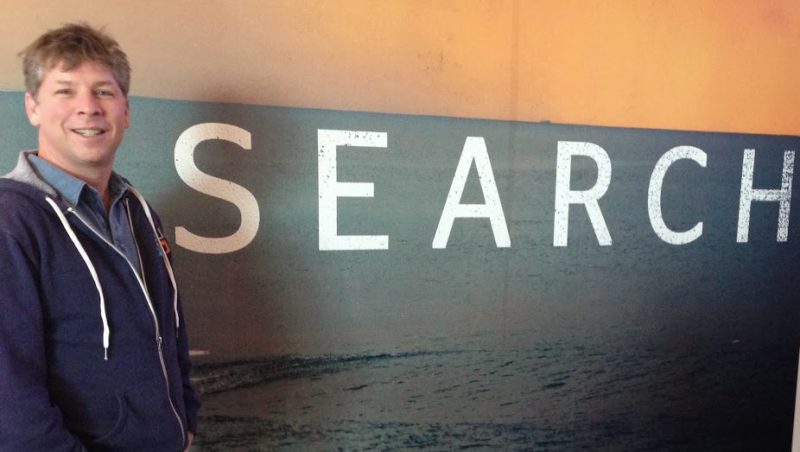 When I retired from search journalism in June, I had no idea what I would be doing next. I just knew I was ready for a break and something different from what I had been doing for so long. That something different has arrived: I’m joining Google as of Monday. My title is still being […] 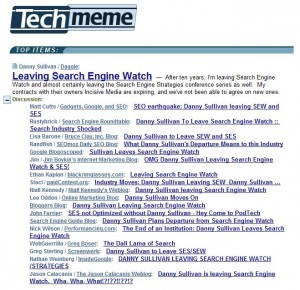 Five years ago, I found myself heading down an unexpected path, starting a new business to carry on the work I had been doing writing and speaking about search engines and search marketing. On this anniversary, a few thoughts on life along the way. My First Founder’s Story For those unfamiliar, I’ve been covering search […]
As many readers here know, I left the Search Engine Watch site I created in 1996 and the Search Engine Strategies conference series I helped start in 1999 soon after Incisive Media purchased those properties in 2005 (I do my own rival Search Engine Land web site and SMX: Search Marketing Expo conference series now). […] 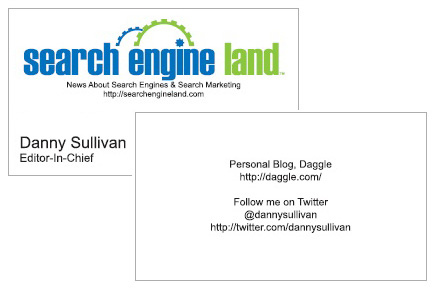 > I’ve been without business cards for about seven months now, and I’m finally gotten around to getting new ones printed. In doing so, I realized I wanted my Twitter address on my card. Last time I had some printed, at the end of 2005, I don’t even think I had a Twitter account! But […]
From time to time over the years, I’ve had various investment analysts want to talk to me about my thoughts on how a particular search company might do. What cracks me up is that invariably, they think I should provide such advice for free. I have peers in the search space and other areas who […]
For those who aren’t aware, much news is “embargoed,” which means a news publication receives information ahead of an agreed release date. There are good reasons for embargoes. But they sometimes get broken, which can be frustrating for those other publications that play by the rules. Michael Arrington today at TechCrunch has had his frustration […]
Jacqueline Dooley sent me a link to a nice piece she did looking at what it was like attending SES back in 2000 — the very first New York show, and only the second SES ever held — compared to the massive event last week. From that, I spotted Rebecca Lieb’s Search Chicks piece, talking about how SES and […]
A bunch of people started reading to keep up with what I’m doing in my post-Search Engine Watch life. I mentioned my Search Engine Land site already but realize I forgot to post about Search Marketing Expo and Search Marketing Now. Search Marketing Expo will be a conference series of my own, with the first event […]
In News On My Plans For Next Year, I said that I would be starting a new search blog. I now have more news on that to pass along, it will be called Search Engine Land, located at searchengineland.com. I plan to continue writing about search with original content as well as commenting about the search news of the day. Joining […]
I’m currently on vacation, which is a bad time to announce some of my plans for 2007. But I reached an agreement with Incisive on Search Engine Strategies literally minutes before leaving, which I can now talk about. In short, I’ll be chairing the SES NY 2007 show, co-chairing the SES SJ 2007 event and […]
Next Page »