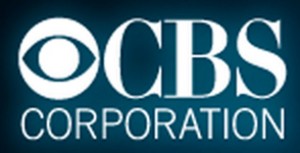 I find it hard to believe that anyone from the CBS Corporation would try to dictate what CBS News could and couldn’t cover because of CBS business issues. Trying to interfere with broadcast news like that is fodder for movies and TV shows like “Broadcast News” and “The Newsroom.” It’s no more acceptable to think CBS would interfere with […]
I’ve had a Citibank credit card since I was in college. That’s nearly two decades of being with them, which means that little table they stuck up one day at UC Irvine has provided pretty good ROI for the company. Over the years, I’ve had various letters from Citibank, usually signed by the hard-working S. […]
Driving back from the airport this weekend after our vacation, I put on an audio CD for the kids, one of the Horrid Henry stories. In part of the story, he was said to have “sneaked” into a room. Sneaked? Surely he “snuck” into the room, I thought. But then I lost confidence. Have I […]