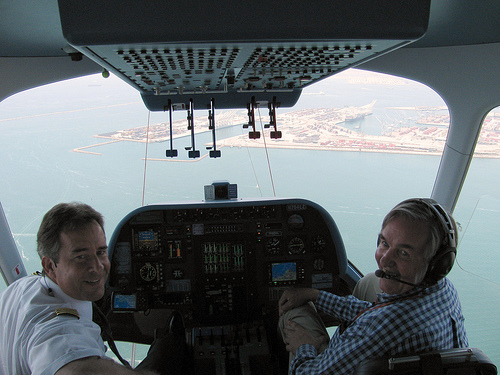 After years of dreaming, I finally got to go up in an airship today. It was a wonderful flight, and a big surprise to discover afterward that legendary aviation design pioneer Burt Rutan was one of the pilots (shown on the right above), albeit briefly.

The flight was amazing. I’ve flown over Southern California in passenger jets, in turboprops, in a small Cessna private plane and even a DC-3. But this was way different — you’re low and slow with time to really take in everything below.

Boarding was two-by-two. The zeppelin hovered in a grassy field near Long Beach Airport. As two passengers got off, two new passengers climbed aboard: 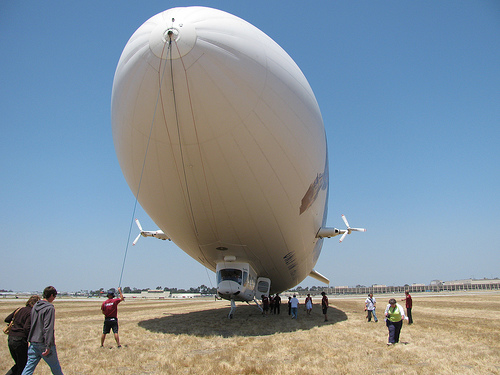 Once all 12 new people were aboard, away it went — straight up, smoothly, like taking an elevator into the sky. Every window had a great view, not that you’re seated for long: 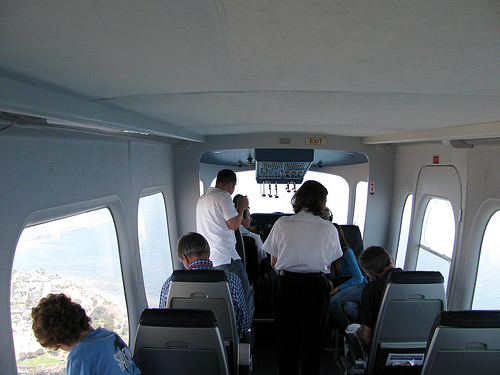 About a minute into the flight, you’re at 1,000 feet and able to take the seatbelts off and move around. So if you do a trip, don’t worry about where you’ll sit. You won’t be sitting there long. There are even two areas that have windows that open, so you can stick your head out. I stuck mine out just like a dog leaning out of a car.

The flight was rock solid. There was no sense of turbulence or really any idea you were hovering above in the sky in an airship or any type of aircraft.

One of the best parts is a small couch area in the back, where you can sit and watch what you’re passing over, with the tail (stern?) of the airship framing the view. Here’s a shot of Palos Verdes behind the zeppelin: 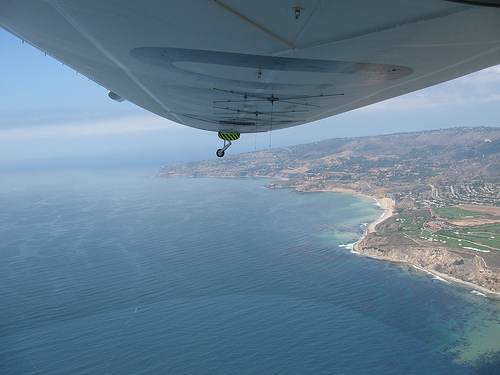 Shortly after we took off, one of the passengers went into the co-pilot’s seat. Airship Ventures has this program where if you’re a licensed pilot, you can fly the zeppelin for a bit. I assumed this was something like that — if not the formal program, something that was arranged for a brief part of the existing tour. 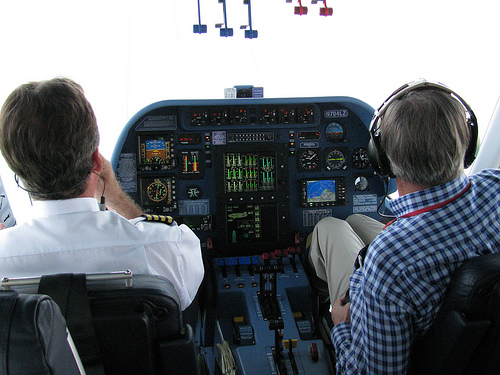 I didn’t realize is was Burt Rutan who’d climbed into the seat. Rutan designed the Voyager plane that flew around the world without refueling plus SpaceShipOne, the first private human-capable ship to reach space. Years ago, I’d once spoken to him by phone when doing a newspaper graphic about the DCX rocket, which was pretty exciting. I never expected to be on a zeppelin, much less one where he was piloting (or copiloting — don’t rob me of my moment).

After the flight, during the “debrief,” we were all given certificates — and that’s where I and others realized who it was who’d taken us a bit on our journey.

All in all, it was a great day out — a nice way to celebrate our 17th wedding anniversary.

By the way, they sold out of space for the current tour, but the zeppelin is coming back July 2-7. The company also recently lowered its prices from $450 to $375 for an hour flight, and the company told me you can use code s42 that gets you 50% off the second ticket, if you buy two at the same time.

Below, some more pictures and video. Sadly, we turned “right” and went over Long Beach and LA harbors and Palos Verdes, rather than “left” toward Orange County and Newport Beach. Still, there was lots to see. Maybe they’ll base themselves out of Tustin by the old hangars there down the line, would would make for a great OC tour base, not to mention a nod to history of airship operations out of Tustin. 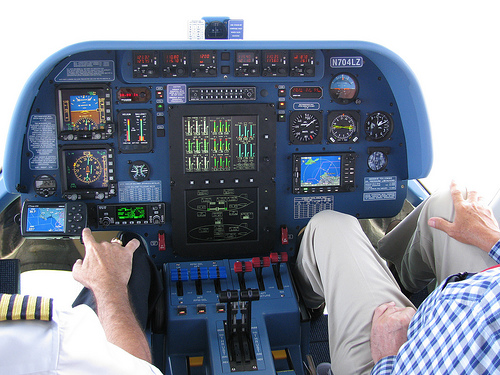 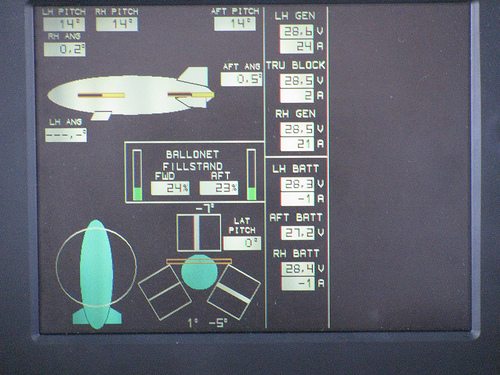 I didn’t need to go to the bathroom — but if I did, I could have looked out the window: 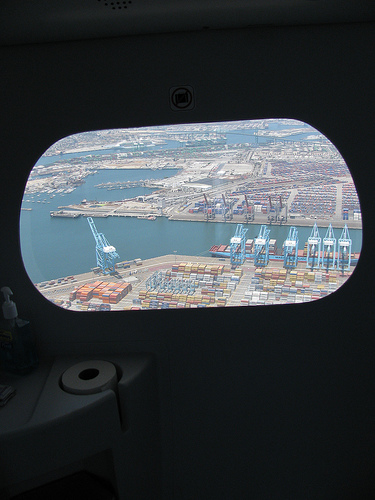 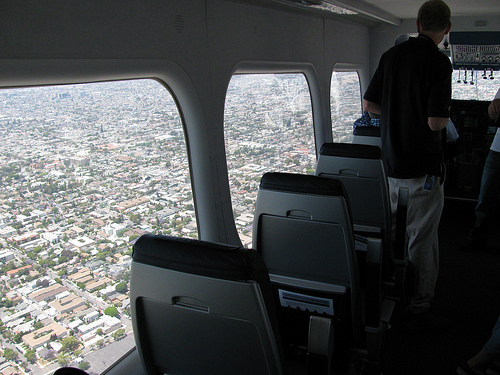 Brief video tour of the cabin:

Short clip of the view out the back and side windows: 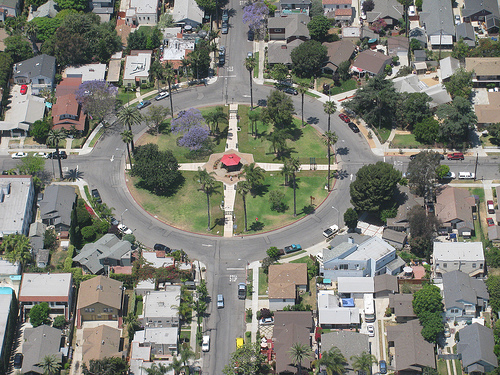 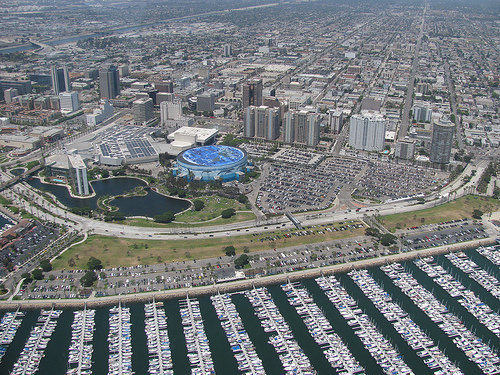 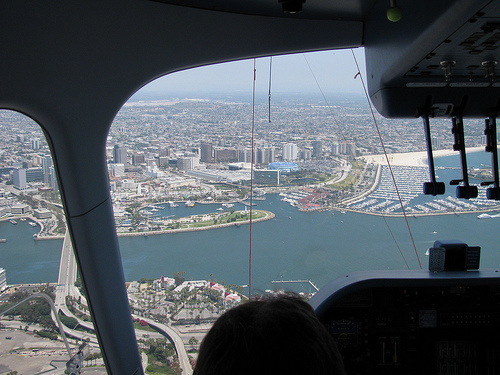 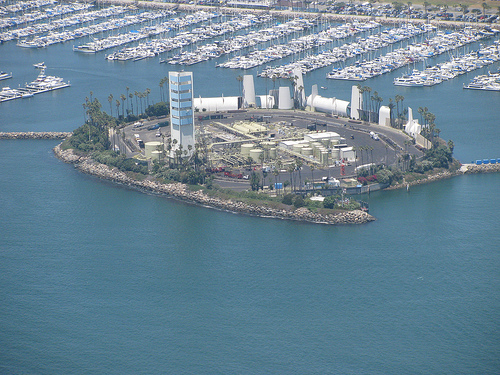 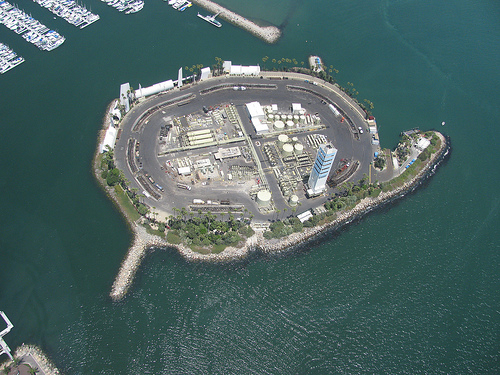 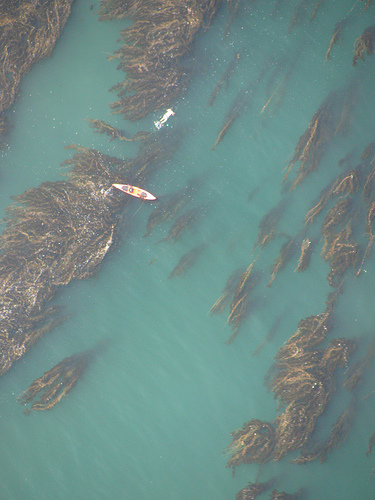 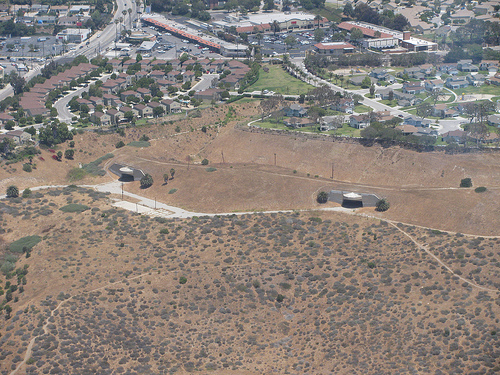 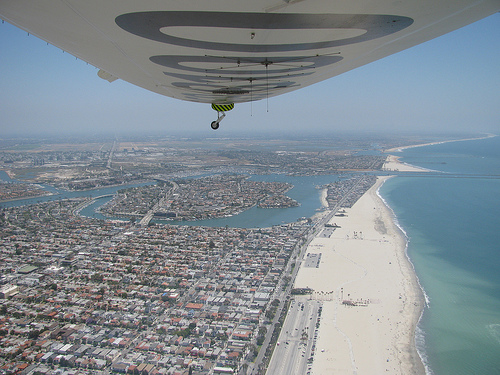 Video clips of coming in for landing: 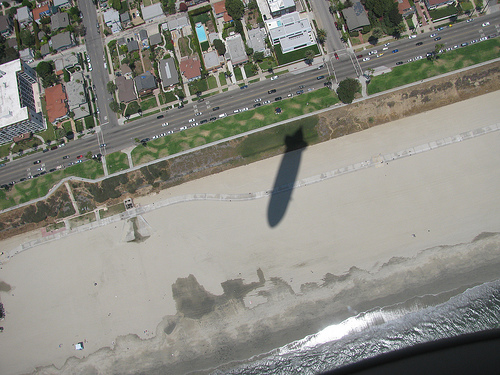 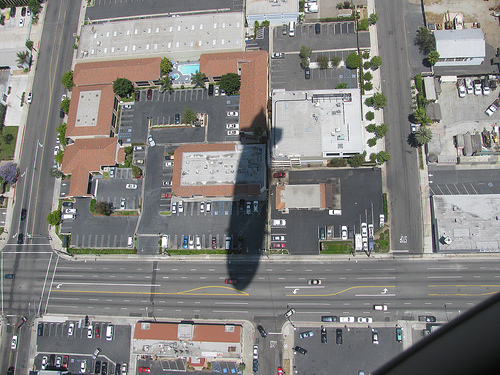