Orange County is my home, so it kills me that my hometown baseball team — the Angels — pretends to be in Los Angeles when it is not. Even worse is when the franchise admits to its own fans the stupidity of its name.

Case in point, this email I just received from the Angels: 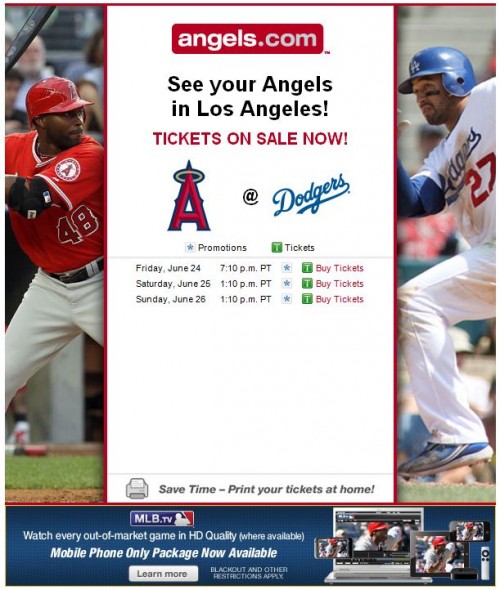 “See your Angels in Los Angeles”  the email goes, to let me know that the Angels will actually be playing against the real Los Angeles team, the Los Angeles Dodgers.

The email notification can’t use the city-version of the Angels name because that would look so dumb, right?

But that’s a dream I know will never happen. Briefly, the Angels at least got to be called the Anaheim Angels, until owner Arte Moreno decided that calling them the Los Angeles Angels would extend their reach to fans outside Anaheim and Orange County.

To satisfy a contractual requirement that the name Anaheim be in their name, the team is officially called The Los Angeles Angels Of Anaheim — something a court case upheld.

And thus we get stupid emails like the one above. Look, if Orange County Angels is out of the questions, how about the Southern California Angels?