The first time I saw Stonehenge, I figured it was a once-in-a-lifetime experience. Now I live five miles from it and see it on a regular basis, out the window of my car whenever I drive into town. I’ve also taken plenty of visitors to see the stones, plus watched others arrive for viewings. I’ll go through some of the options below, mainly to highlight the best one — private access, if you can make the time.

Most people go to Stonehenge during its regular opening hours, which you’ll find here. Do this, and you’ll walk along with maybe hundreds of other people about 100 to 500 feet around the outside of the stones. There’s a small rope to keep you back. Here’s a pretty typical example of what your viewing experience will be like: 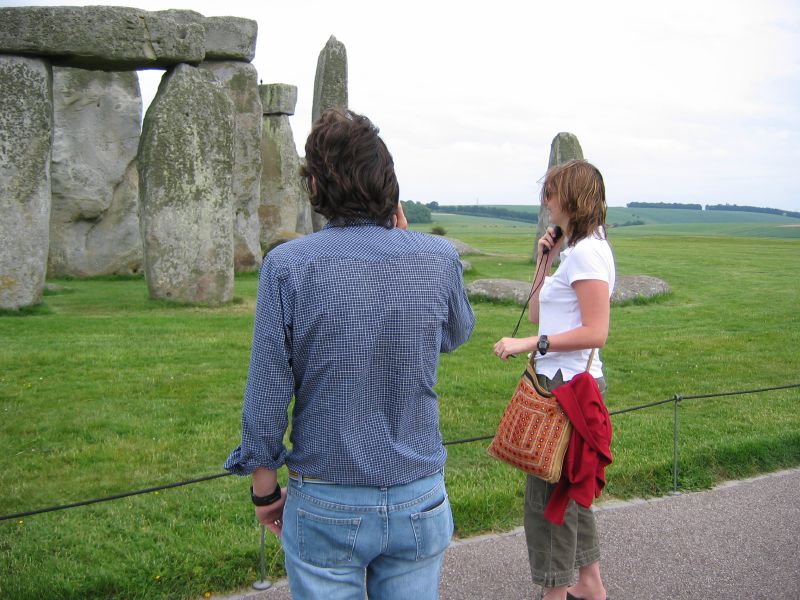 Mystical! Exhilarating! Well, better than nothing, I suppose.

As a side note, you’ll be given a little audio wand to listen to as you walk. I always joke that it’s like seeing people from Star Trek who can never look at things directly. They always look with their tricorders instead.

At Stonehenge, it’s like that. People listen to these incredibly boring audio wands, trying to get them to work at the right points and always giving up about 1/3rd the way around. My advice? Read a nice book about Stonehenge before you arrive and skip the wands.

Missed the regular opening hours, because perhaps you’re driving by on the way to somewhere else? Sure, you can see Stonehenge, if it’s still light. Drive off the main road (the A303) onto the road that goes past Stonehenge (the A360) and go past the stones, toward Shrewton/Devizes. Just past the stones, you’ll see a small dirt road that goes to the left and right of the highway. Park on either side, doesn’t matter which. Then walk the very short distance back along the path in front of the chain link fence. You’ll get a glimpse, but that’s better than nothing. However, if it’s dark, don’t bother. You’ll see nothing. The stones are not lit. It will be pitch black, and shining a flashlight out toward them won’t help.

This is the way to go, if you can swing it. Stonehenge is available for private bookings in the mornings and evenings. Do this, and you’ll have the stones along with maybe 20 other people. In reality, I’ve never found myself sharing them with more than 10 people, and usually it’s just the people in my actual party there.

Bookings are sometimes hard to get, so try to make them well ahead of when you plan to go. However, I’ve had plenty of luck getting bookings at the last minute. I just arranged one last week for a trip I’ll be doing with a friend in two weeks — so three weeks out, I could still get space.

When you call, give your preferred dates, and you’ll be told if those will work. If not, ask for what good alternatives are available.

After you’re given a time, you need to send a form. GET THE TIME FIRST, THEN SEND THE FORM. It’s totally fine to do this. You’ll find the form via this page. Once you’ve got it, fill it in, then post, fax or email it back. There’s an email address on the form — and you might be able to use this rather than call to arrange times as described above. But I’d still call. That’s the fastest way.

The form has a few scary sounding parts. They want you to list all the cameras you’ll be bringing, whether you’ll be doing commercial stuff, publicizing your visit and all that. Use common sense and keep things to a minimum. If you’re going to blog your trip and there’s AdSense on your blog, I wouldn’t consider that a commercial thing to worry about. Just say no, that’s my advice. 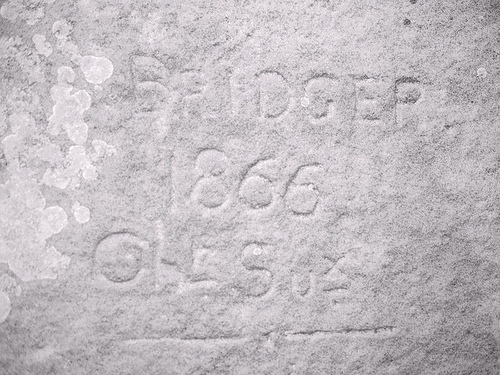 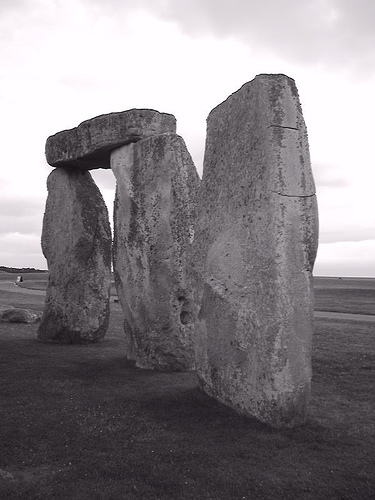 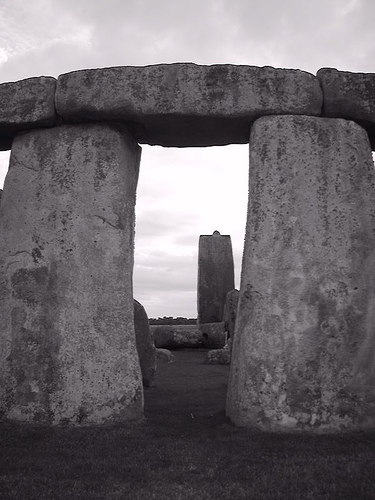 You’re in the stones, basically. You walk around them, can sit on them, touch them, commune with them, if that’s your style. Sure, you can do the same at Avebury any time. Tim Bray just posted some nice examples of this not too long ago here. And yes, I highly recommend Avebury if you want something better than the standard Stonehenge experience. But it doesn’t compare with private access to Stonehenge, not at all.

Indeed, Stonehenge is pretty boring with regular access. Honestly, it’s a bunch of rocks that you’ll walk around for 30 to 45 minutes and probably not look back on. But private access is a great experience. It’s also the experience people used to get up until the 1970s or so, until the stones were roped off to protect them.

A rival to private access is going to Stonehenge during the summer solstice. I’ve never been to Burning Man, but it sounds somewhat akin to the solstice. About four years ago, they started allowing celebrations at Stonehenge during this time again. You and 5,000 or so other people will be wandering around. Yes, you can get into the stones during this (and the Druids are somewhere deep in the middle). See Photos & Video From 2008 Stonehenge Summer Solstice for some pictures and video of what that’s like.

You won’t be able to drive near the stones to park. Instead, you’ll have to park in some fields set aside and walk a half-mile or so. Bring something warm. It’s cold on the Salisbury Plain. Bring an umbrella in case of rain, but a good raincoat would be better. If it rains, with so many people, that umbrella won’t help much.

Postscript: After your visit, you might be hungry. If so, then I’ve got food recommendations for you. See my Visiting Stonehenge? Eat At Reeve The Baker! post.