The great tree house building project continued on today. When I left off, there was the challenge of digging holes deep enough for my four supporting poles. I dug in, pun intended, this morning to make a serious dent in the ground.

In the end, I utilized a small, obscure tool I forgot we had — a pickaxe. Roots chopped, that corkscrew machine thing I’d rented helped me get down to around two feet for each hole. Good enough. I finished the frame, remembered to put those big poles INSIDE the frame and went to lunch: 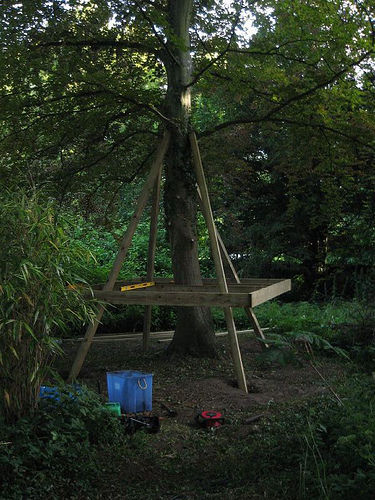 After lunch (and after sneaking of to do some work even though I’m supposed to be vacating, heh), it was time to sink those poles properly and attach them to the frame. That wasn’t too complicated, and I got everything all bolted together: 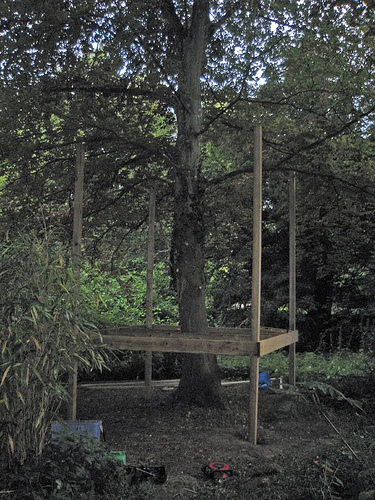 Later I poured in the “Postcrete” that’s supposed to be an add water and get instant concrete solution. We’ll see in the morning. Of course, there’s no work going on tomorrow. With finally a clear day predicted here for England, we’re off to Legoland.