Building the tree house has continued! Though not today. There was too much work going on for me to sneak out for a brilliant sunny day that was beckoning me to do construction. And rain the day before. But over the weekend, lots and lots of work!

Most of Day 7 was spent doing the walls: 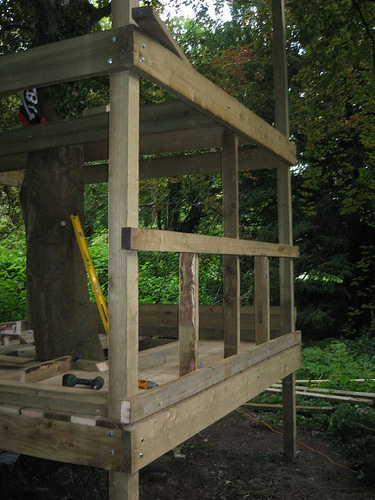 In my mind, I pictured two brothers shoving each other or their friends against the walls, causing them to burst open and spill precious child cargo all over the ground. So I wanted them strong. But I also wanted big windows. And, I wanted the beams to be on the outside rather than the inside, even though I’d get more support that way. So I added some long beams in between top and bottom, plus secured several short beams. 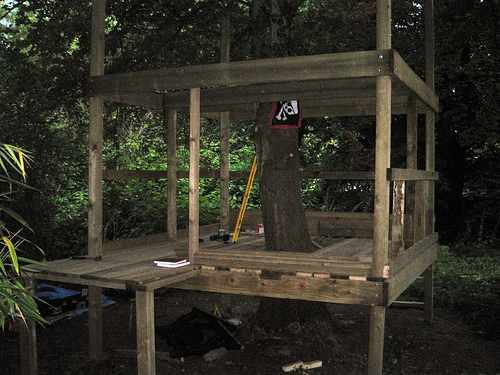 It all seemed pretty sturdy, when I was done. The next day, I moved on to try doing the walls. You’re supposed to overlap the board. I found this a pain — a pain to measure, to do on my own, plus look: 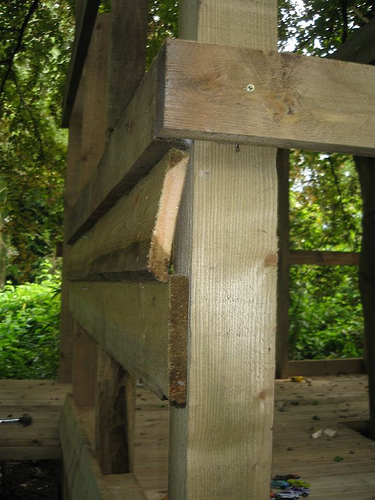 You got those gaps on the side. I later realized you’re supposed to put a board running down along the gaps. But heck, I just decided to put the boards against each other. 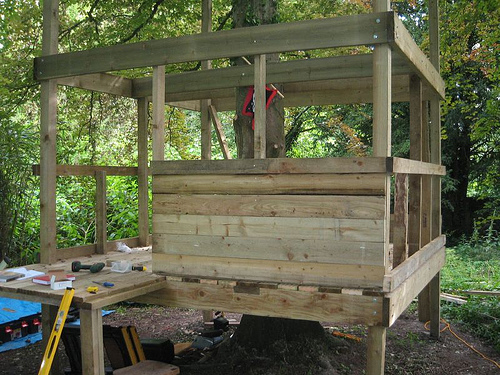 That means there are small horizontal gaps where maybe rain might get through. But I might also seal those in other ways from the inside. Or not. It’s a treehouse, after all. Mainly, shifting to the boards flat against each other meant progress was rapid. 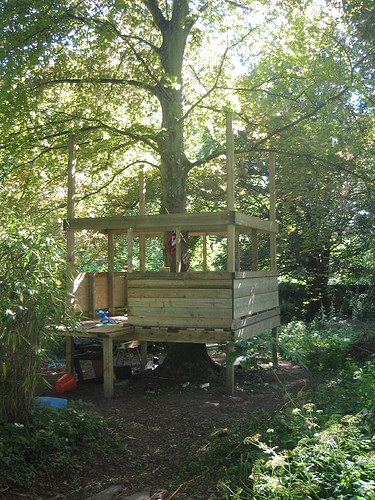 Sunday — Day 9 of work — it was time to do steps. I wanted to do these beautifully crafted steps. Steps, as it turns out, are hard.

In the end, I cut two board and screwed them both together at one end, the bolted the other ends to the tree. I then put some scrap decking on top: 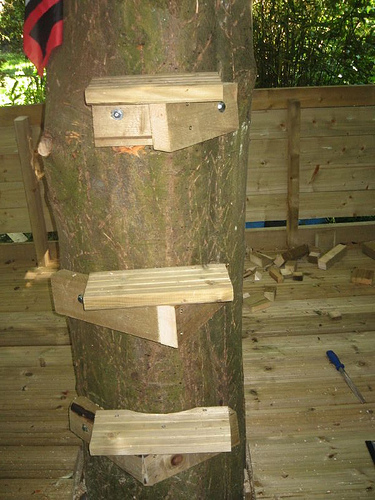 Not pretty, but they work. Here’s another view, as I’m so happy with them: 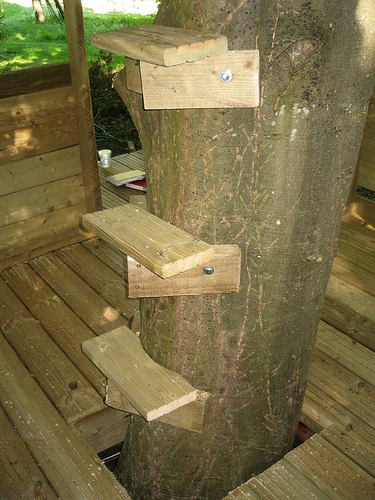 I even cut the bottom one a bit to mesh against the tree. In my mind, I have it that I’ll make even better steps to replace these temporary ones. In reality, I’ll probably never get back to them 🙂

Now that I could climb up, it was time to get the roof frame going. That took tons of time, though not as much as for the first floor. I’m better with the jigsaw and doing diagonals now. Once the deck does down, you don’t realize how much foundation work has been done. So here’s a shot of some of that: 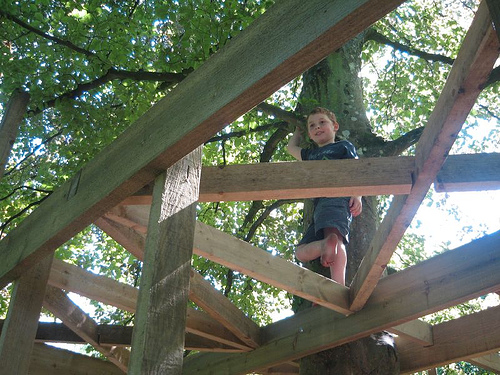 There was great excitement of being able to climb up. Don’t worry. Most of the time, I had some big board to provide better security than having the kids wander around those great big holes.

By the end of the day, people were coming over. I had most of the top deck down but not enough for guests. So it was strictly only for first floor use. Here’s our dog, getting away from her puppies: 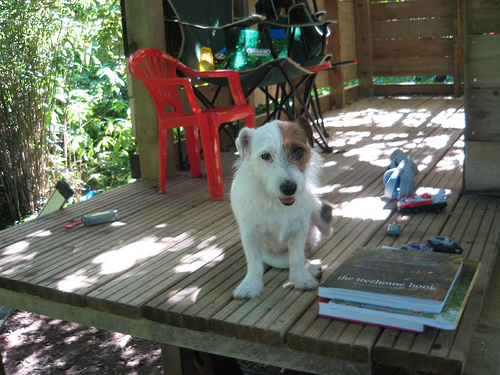 And the real test — tons of kids in the tree house, and no collapse: 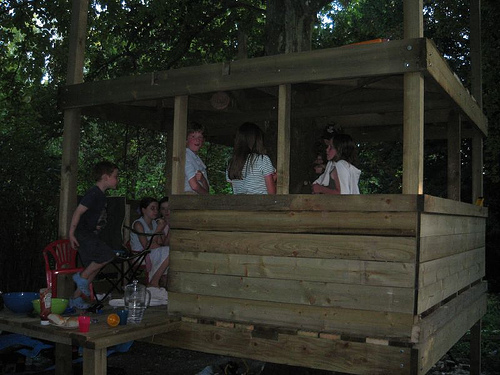 Tomorrow, if the sun’s out, I’m likely to get my roof finished.