Time to catch-up on the treehouse project. I left off with the roof completed, with the next major job being the climbing wall on the back. But first, a look at how it appeared before doing that: 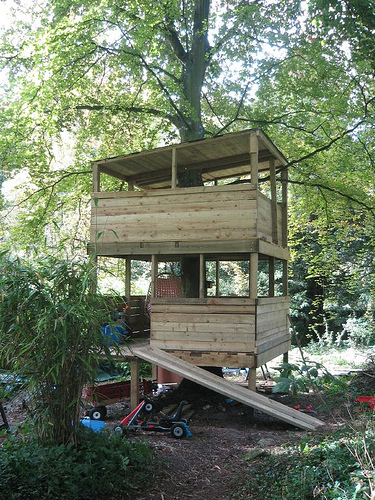 Here’s a closeup of the top, so you can better see the roof in place: 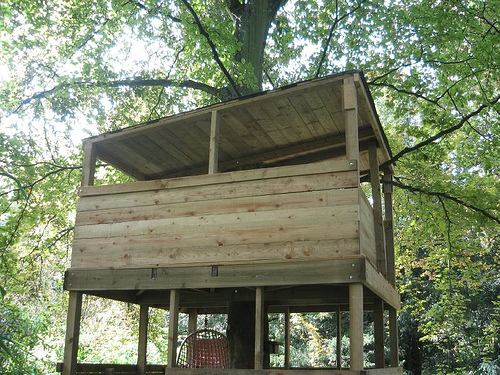 We’ve since had a heavy rain, and I’m happy to say, nothing got through that roof!

See how in the first picture, there’s a short wall around the entire treehouse? I realized that to put my climbing wall up, that short wall had to come off the back. Otherwise, I wouldn’t be able to drill holes easily for the
climbing holds to be bolted to.

It was a minor pain, but I got through it easily enough since I’d screwed everything in, rather than using nails. Here I am at the end, having removed the last board: 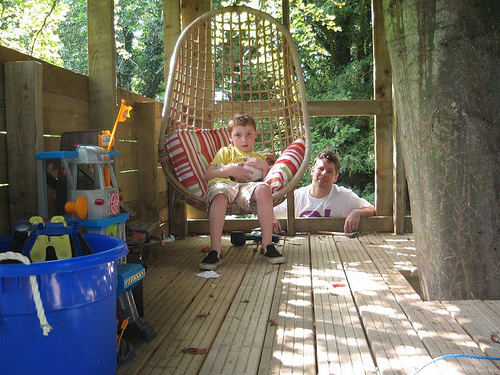 That’s my youngest in front, holding the one puppy that I agreed we could keep, both in the hanging chair I put up in the corner.

Getting the two big pieces of marine plywood up wasn’t easy, but after involving literally everyone at home, they were in place: 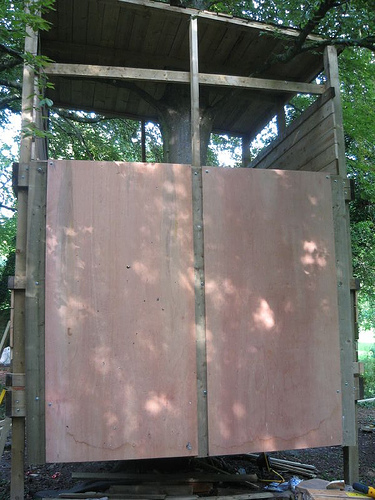 If you look closely, on both the right and the left, as well as in the middle, there are 2×8 beams running vertically. These provided the support for the wall.

I was worried that the plywood would leave splinters in little hands, then I remembered I had a ton of floor varnish left from redoing floors a few years ago. I put two coats of that on, and it worked really well. The walls aren’t
slippery, yet there aren’t any splinters.

Next, time to put up the holds. 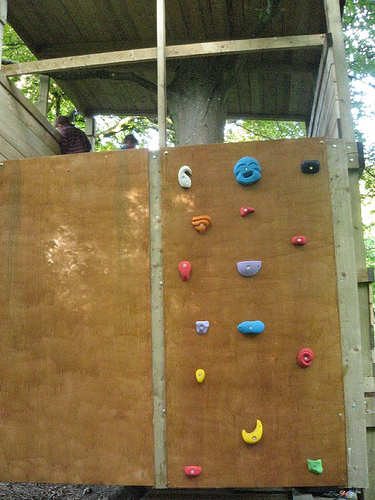 They work pretty well! You can climb right up to the top: 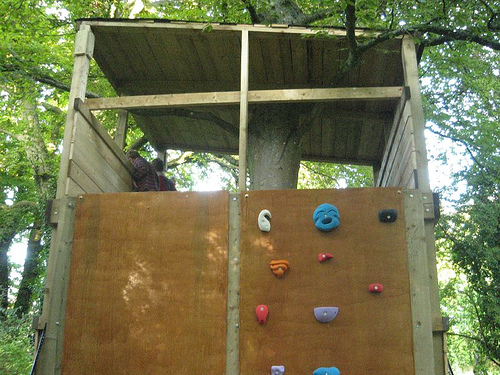 Next, I need to run a rope or something across the top, so you can pull yourself over more easily. Plus, the second wall needs to be done. But I was pretty happy with it!

And yes, I finally got a pulley installed: 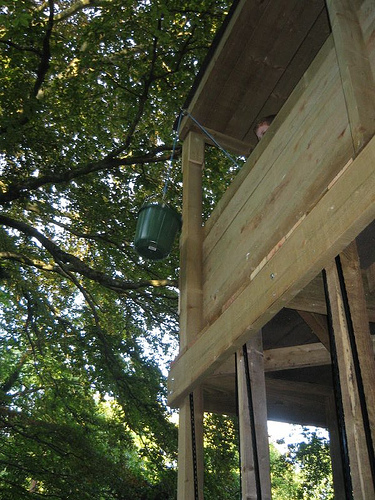