What’s going on with the treehouse project? An amazing number of people asked me about that. So let me catch up, and then I’ll do another post about how things are going with the climbing wall portion.

First, I have to interrupt the construction tale with two pictures from my oldest son, who likes taking photos. Below, he’s taken a shot of his brother from upstairs, through the hatch: 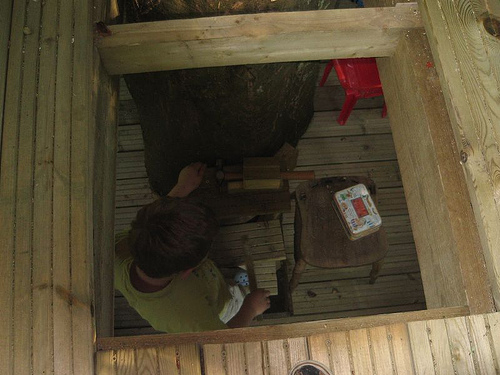 He also shot one of me, doing actual construction. Well, posing on a ladder: 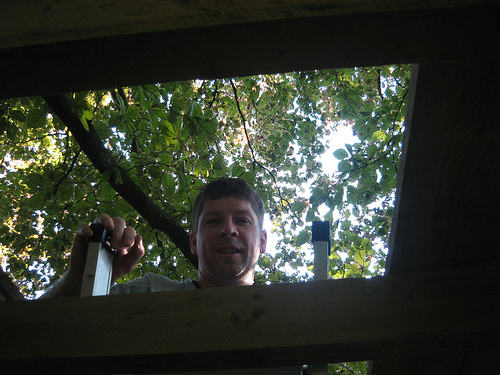 I’m up on that ladder finishing the roof, and man, it was hard. Where I left off from last time: 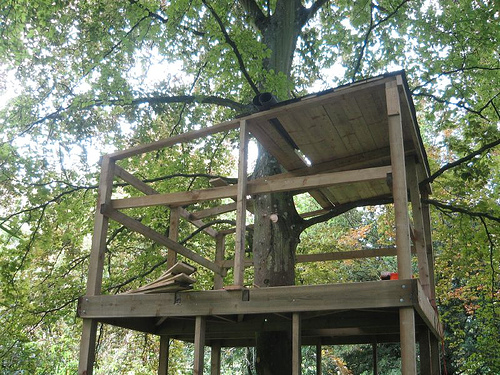 < You might recall I decided to put all the slats close together, then roll the tarpaper (AKA, roofing felt) across. Well, that paper is heavy. It's also not fun to work with being all, hmm, tarry. Plus, someone shoved a tree in the middle of where my roof was going. Plus left some branches in the way. Eventually, I got all the slats cut to the right lengths to work around the tree, fit together and so on. Look at how nice and clean it looks underneath: 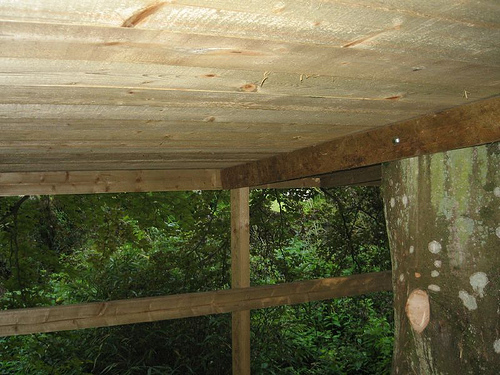 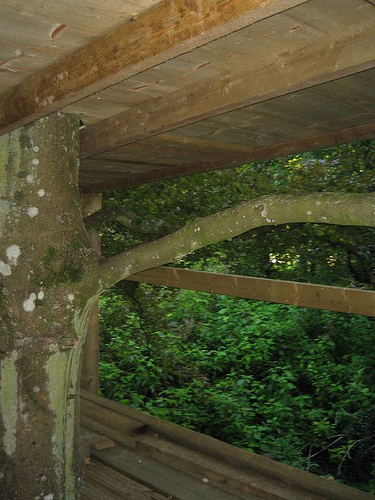 With the tarpaper covering the top, no rain’s getting in, nope. Of course, there are no walls, no windows, but those are details.

Of course, I had a problem. I needed to tack all that tarpaper down. Finally, I use for my staple gun. As an aside, being paranoid, I stapled the hell out of that roof, to ensure the wind wouldn’t somehow get underneath and rip the paper up. So if anyone comes near it with a magnet, I’m done for.

But to staple, I had to get on the roof. And that meant I’d need to get down. And getting down, well, I thought why not build a trapdoor in the ceiling. That way when I need roof access as I will every say five to 10 years, I can get up there.

I spent way too much time on that trapdoor I’ll never use, and I could have just sort of lifted myself up and over instead, I suppose. But I suck with the plan, learning along the way that you can actually put hinges on three different ways until you get them to work right. 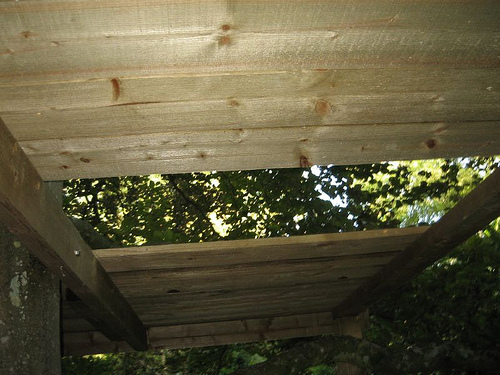 I made a cover that fit across the top and overlapped. You can see part of it here: 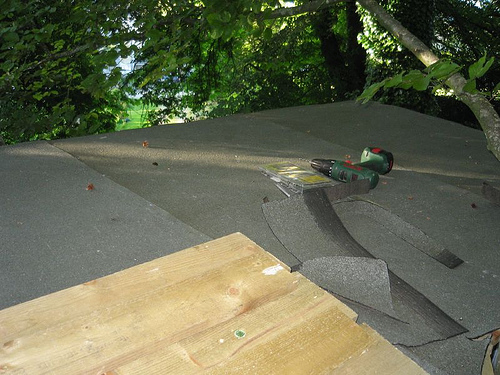 You can also see how I’m overlapping the paper. Eventually (it was really dark when I was done), the roof was finished. Here’s the trapdoor, covered: 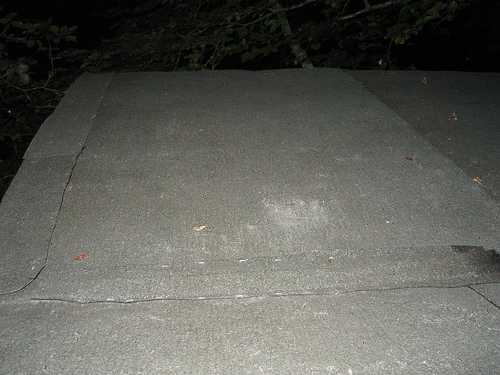 Can’t even tell it’s there! That long horizontal strip? That’s covering the hinged part. More of the roof: 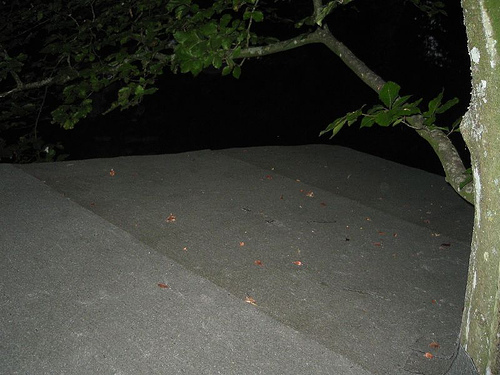 Look in the bottom right corner. See the paper working down from the tree? I spent forever working it out so that any rain running down the tree would flow onto the paper. A closer look: 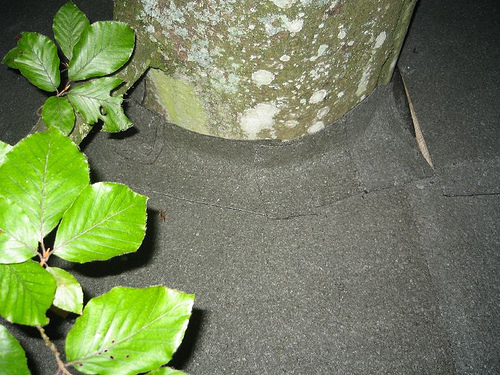 Don’t worry — I did cover that little gap to the right, eventually. Yep, no rain’s getting through this roof. Just gotta build some walls and windows.