I’ve been without business cards for about seven months now, and I’m finally gotten around to getting new ones printed. In doing so, I realized I wanted my Twitter address on my card. Last time I had some printed, at the end of 2005, I don’t even think I had a Twitter account! But now, I was amazed to realize that Twitter has become so important to me as a communication tool that I wanted it included along with my “old school” contact info such as a snail mail address, phone number and email.

OK, despite my headline, I’m sure few believe listing their Twitter address as mandatory information a business card. Still, was I alone in feeling I should include it? Apparently not. I twitted about getting it added and got a stream of responses from people who were doing the same, such as: 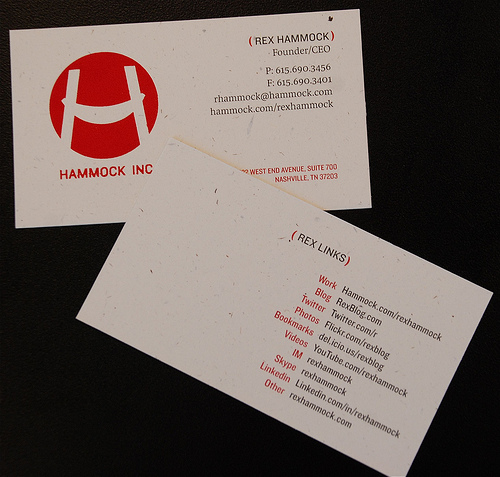 I pondered listing all my social networking profiles on the back as well, similar to what I do with the sidebar here on the blog. But I figured minimalist would work for me. Hit my blog, all my profiles are listed there. But Twitter among the rest stood out as special for me, deserving its own place.